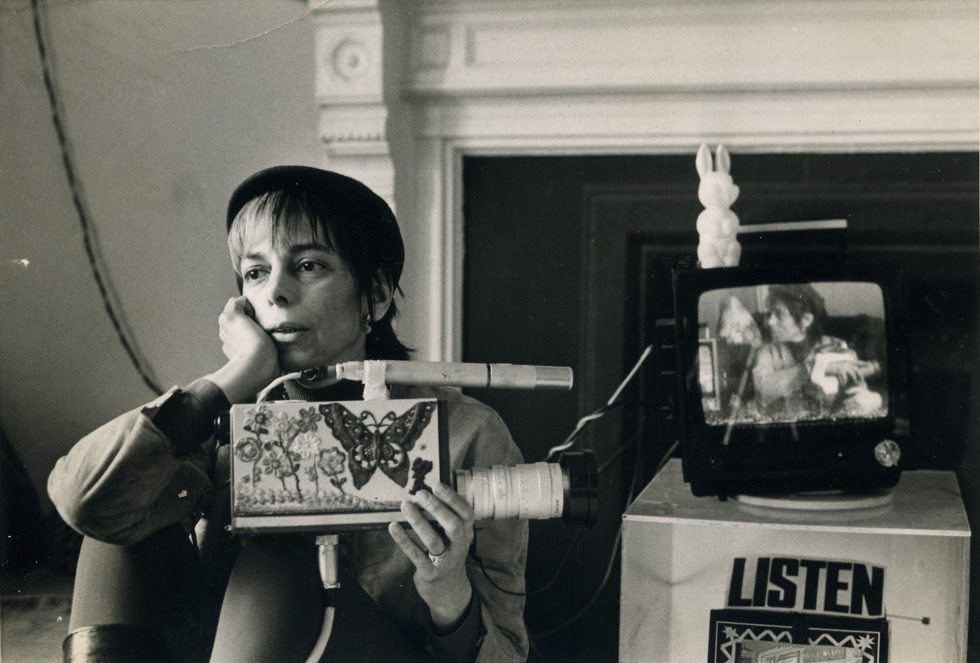 FEMALE PIONEERS OF AMERICAN CINEMA AT THE 25TH FESTIVAL ON WHEELS

Organized by the Ankara Cinema Association with the support of the Turkish Ministry of Culture and Tourism, the Festival on Wheels is taking to the road for the 25th year. The Festival will raise the curtain in Ankara from November 29-December 5, in Sinop from December 6-8, and in Kastamonu from December 9-12. This 25th anniversary edition of the Festival promises audiences a selection of films by trailblazing women who shaped American cinema.

A collaboration between the 25th Festival on Wheels and the US Embassy in Turkey, Female Pioneers of American Cinema presents three productions by ground-breaking women directors who left their mark on the American film industry.

As an industry, film is still one of the worst offenders in terms of gender inequality. And yet, women were responsible for some of the most important breakthroughs in cinema just after its emergence. Among them was Dorothy Arzner, one of Hollywood’s top directors from the 1920s through to the 1940s. The first woman director to make a talkie, Arzner began her career as a typist at Paramount Studios, but quickly made the leap to screenwriter, editor and director. All through her career, she made films that addressed the problems facing women in everyday life, most of which stemmed from the patriarchal structure of society.

Dorothy Arzner was the director behind Merrily We Go to Hell (1932), the first of the films screening in Female Pioneers of American Cinema. One of the high points of Arzner’s directing career, this picture falls into the “Pre-Code era”, a brief period of unrestrained filmmaking wedged between the arrival of talkies at the end of the 1920s and the enforcement in 1934 of censorship guidelines that sought to protect the American public from harmful content in films (these were popularly known as the Hays Code). Pre-Code Hollywood portrayed American society with a realism previously unseen and took full advantage of its freedom to address taboo subjects. Merrily We Go to Hell is a typical example, starting out as a regular romance, but later taking an unconventional turn that defied the morality of the time: convinced that she can’t reform her alcoholic husband, Jerry, who is having an affair with an old flame, wife Joan decides that from now on theirs will be an open marriage.

The second film in this section was directed by Ida Lupino, another influential figure in American cinema history, who started out as an actress in the 1930s and went on as a director and producer to become one of the most innovative filmmakers within the Hollywood studio system in the 1950s. Lupino’s 1953 masterpiece, The Hitch-Hiker, is a nerve-jangling thriller that masterfully illustrates the terror of sudden violence. As such, it also served as inspiration for a raft of pictures by other filmmakers further down the line. After setting out to find a good spot to fish, two friends pick up a hitchhiker, who later turns out to be a psychopathic killer sought by the police, and see their ordinary lives turned into a nightmare.

Shirley Clarke, one of the pioneers of American independent cinema, was behind the third film in this section, The Connection (1961), her first experience of directing a full-length film after a plethora of shorts. Adapted from a stage play by Jack Geber, the drama centers around a group of junkie jazz musicians waiting for their connection to bring the next fix. Clarke’s picture, which could also be seen as an experiment with cinéma verité, is also famous for its jazz music, written by Freddie Redd. After scoring a hit at Cannes, The Connection was banned by American government censors for its use of indecent language. A long legal battle ensued to overturn the ban and this was ultimately won, but by then the film had lost its topicality and failed to generate the box office interest it deserved. Today, however, the film is considered one of the great works of American independent cinema.

ART IS LONG, LIFE IS SHORT

Nick Broomfield is a director known for internationally acclaimed features and documentaries such as Ghosts (2006), Battle for Haditha (2007), Kurt & Courtney (1998), Aileen: Life and Death of a Serial Killer (2003) and Whitney: Can I Be Me (2016). In his documentary, Marianne & Leonard: Words of Love, which premiered at the Warsaw Film Festival this year, Broomfield takes an in-depth look at the stormy 50-year relationship between legendary musician, Leonard Cohen, and his Norwegian muse, Marianne Ihlen, through archive footage, interviews and poetic sound recordings of the two. Words of Love is a heartfelt, melancholy, dream-like film about love and the dark side of fame.

Winner of the Best Cinematography award at Tribeca and hailed as one of the year’s best documentaries at many another festival, Our Time Machine centers on a stage performance dreamed up by the famous Chinese conceptual artist, Maleonn, as a gift to his Alzheimer’s suffering father, the artist director of the Shanghai Chinese Opera before the Cultural Revolution. For the performance, Maleonn conceives a kind of time travel story based on shared memories which will be told through life-size puppets. The aim of the project is to build a personal and artistic connection with his father.

Based in London, the Iranian documentary filmmaker, critic and curator, Ehsan Khoshbakht, introduces us to a little-known period of Iranian cinema, which since the Revolution has been widely acclaimed at international film festivals for its arthouse films. Filmfarsi draws on the director’s personal archive of VHS tapes now banned in Iran to bring us pre-Revolutionary, popular Iranian cinema together with illuminating insights into the social backdrop of the time.

The Nobel and Pulitzer prize-winning author, Toni Morrison, had a profound influence on American culture and literature, as well as playing a critical role in making black writing more visible. The artful and uplifting documentary, Toni Morrison: The Pieces I Am, is a meditation on the storyteller’s life that takes in her childhood in Ohio, her years of struggle and even the study where she penned her writings. Incorporating interviews with her friends, critics and fellow authors, the film also reflects Morrison’s literary perspective on matters such as America, history and the human condition.

Honey Boy world premiered at Sundance, where it picked up the Special Jury Prize, and went on to win critical acclaim at many more festivals. Directed by Alma Har’el from an autobiographical screenplay by Hollywood prodigy, Shia LaBeouf, the film portrays the actor’s traumatic childhood and stars LaBeouf as his father. Award-winning documentary director Har’el turns art into a form of therapy in this, his first narrative feature.