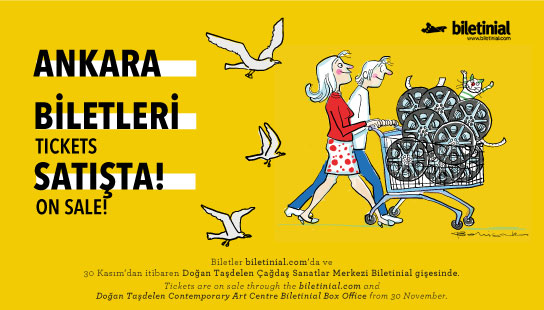 Endangered and Speaking Up! Sections

The 27th edition of the Festival on Wheels will be presenting three films in Under Threat, a section of the program that zeroes in on press freedom. This comes at a time when figures from the international organization Reporters Without Borders reveal that, as of 2022, journalism was seriously restricted in well over two-thirds of the globe. The featuring films address the problems faced by the independent press in different countries and their impact on democratic regimes. This section is supported by the United States Embassy in Turkey.

Directed by Alan J. Pakula, All the President’s Men (1977) takes up the legendary Watergate investigation by Washington Post reporters Bob Woodward and Carl Bernstein, which ultimately led to the resignation of President Richard Nixon. Based on Woodward and Bernstein’s best-selling book of the same name, the film picked up Academy Awards for Best Adapted Screenplay, Best Art Direction, Best Sound and Best Supporting Actor. Pakula’s drama serves to remind us of the powerful role of press freedom in safeguarding democracy.

The Killing of a Journalist, supported by the USA and Danish Embassies is one of the most talked about documentaries of 2022, explores the murder of Ján Kuciak, an investigative journalist whose work ruffled politicians, and his fiancée. The 2018 killing has since paved the way to a reshaping of politics in Slovakia and exposed one of the European Union’s most far-reaching corruption scandals. With journalist, producer and director Matt Sarnecki at the helm, the film won the Truth Award at this year’s Dokufest along with Best Human Rights Documentary at the Bergen International Film Festival.

A Thousand Cuts, the 2020 documentary from award-winning Asian American director Ramona S. Diaz, follows the story of journalist Maria Ressa in her crusade against Philippine President Rodrigo Duterte’s war on the press. Winner of the 2021 Nobel Peace Prize and International Hrant Dink Award, Ressa has spent years championing the freedom of the press in challenging political conditions and at great personal risk. The film garnered a slew of awards, including Best Documentary at the Gotham Awards, the David Carr Award for Truth at the Montclair Film Festival, Best International Feature at the Doc Edge Film Festival, and the Unforgettables prize at the Cinema Eye Honors Awards.

Another of the Festival’s notable sections, Speaking Up!, brings together two impressive pictures that deal with freedom of thought and expression. With the rise of populist leaders and authoritarian regimes across the world, freedom of expression is currently backsliding in much the same way as press freedom. Sponsored once again by the United States Embassy, the section includes Martin Ritt’s 1976 drama, The Front, which focuses on the McCarthy-era witch hunt that dogged the American entertainment industry. Starring Woody Allen alongside a cast of largely “blacklisted” Hollywood actors, the film casts a critical eye at Hollywood history and, as well as being nominated for Academy, BAFTA and Golden Globe Awards, featured among the National Board of Review (USA) Top Ten Films of 1976.

Turning to Tommy Walker and Ross Hockrow’s 2022 documentary Kaepernick & America, this examines the brief history of taking the knee, a symbolic gesture that was initiated single-handedly by star American football player Colin Kaepernick when he kneeled during the national anthem in silent protest against racialism in the USA.