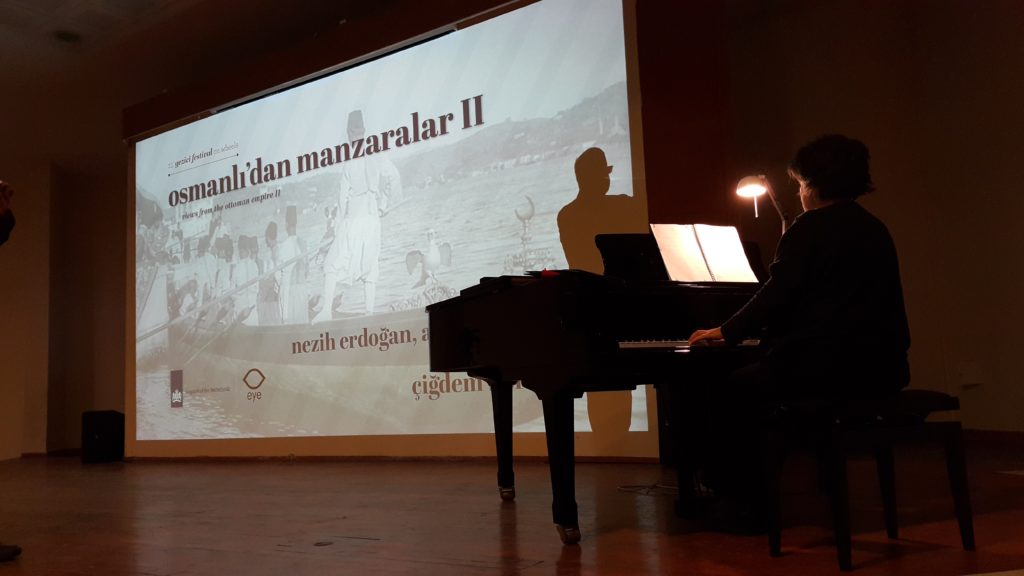 22nd Journey of Festival on Wheels

The Festival on Wheels organized by Ankara Cinema Association with the contribution of the Turkish Ministry of Culture and Tourism completed his 22nd journey. The Festival, held between November 25 and December 7th, was held in Ankara between November 25 – December 1st,, in Eskişehir between 2-4 December and in Kastamonu between 5-7 December.

Zoology by Ivan I. Tverdovsky, Les Cowboys by Thomas Bidegain, Seoul Station by Sang-ho Yeon, Toni Erdmann by Maren Ade, Aquarius by Kleber Mendonça Filho, Clash by Mohamed Diab, Paterson by Jim Jarmusch and Yarden by Mans Manssonn were shown in this section.

Reha Erdem was in Ankara to present his selection

The Festival on Wheels invited this year’s audiences on a journey into the glittering past of the seventh art, guided by the accomplished Turkish director, Reha Erdem. Specially curated for the Festival on Wheels, Erdem’s selection included five classics that hold up a mirror to the present: Children’s Hour (William Wyler, 1961), The Silence (Ingmar Bergman, 1963), The Ox-Bow Incident (William Wellman, 1943), Pickpocket (Robert Bresson, 1959) and Stromboli (Roberto Rosselini, 1950).

In the framework of Turkey 2016, the directors of Big Big World (Reha Erdem), Human (Zeki Demirkubuz), My Father’s Wings (Kıvanç Sezer), Album (Mehmet Can Mertoğlu), Rauf (Soner Caner, Barış Kaya) and Don’t Tell Orhan Pamuk that His Novel Snow is in the Film I Made About Kars (Rıza Sönmez) made q&a’s after screenings.

Buster Keaton’s four most important shorts were shown with live music accompaniment on the 50th anniversary of his death with the support of the US Embassy: One Week (1920), The Goat (1921), The Playhouse (1921) and Cops (1922).

Scenes from the Ottoman Empire II

Films made between the years 1918 – 1926 show the Gallipoli Campaign, forced migrations and tourist destinations were shown with the collaboration of the Dutch Embassy and EYE Film Institute. During the screenings, Nezih Erdogan provided a background commentary, while Cigdem Borucu accompanied the silent footage on the piano.

In the wake of Abbas Kiarostami’s death, Seifollah Samadian who was Kiarostami’s close friend long-time collaborated, crafted the material in this extensive archive into a captivating 76-minute documentary. This portrait of the director as a multitalented artist and exceptional human being was screened during the Festival.

As part of the programme section in which James Demo’s documentary, The Peacemaker, was shown, the film’s central character, Padraig O’Malley was in Ankara. He shared his views on Turkey and the Middle East.

In this section Zeyno Pekunlu’s videos were shown followed by a q&a together with Prof. Dr. Alev Ozkazanc. Zeyno Pekunlu exhibiton was held in collaboration with SALT between November 18 – January 7. Zeyno Pekunlu also performed a workshop on digital storytelling during the Festival.

Short is Good and Children Films

Short is Good and Children Films section were sold out as always. This year’s children films come from Czechia. An animation workshop by Roland Schütz was held with the support of Austrian Embassy.